Why are Final Salary Pension Transfer Values so High?

Of course, there are other factors at play in deciding Pension Transfer Values. Final Salary Pensions are complex, so I’ll try and simplify it but firstly to understand why final salary pension transfer values are so high you need to understand how they are calculated:

How is a Final Salary Pension Transfer Value Calculated?

A Final Salary Pension Transfer Value is the amount offered in exchange for you giving up your entitlement to an adjusted for inflation and guaranteed-for-life pension. You’ll be offered a lump sum which should represent a fair lump sum amount for the benefits you are giving up.

So how exactly is a Final salary pension transfer value calculated? Your transfer value is decided by your pension scheme administrators and they’ll consider Factors such as

According to XPS Pensions Group, the average Defined Benefit Pension worth £10,000 a year has seen its transfer value increase from £210,000 to £260,800 since mid-2016. It puts the rise down to falling interest rates. The global impacts of Covid-19 are expected to see this trend continue.

The reason that interest rates are cited as being responsible for the rise in transfer values is that they have impacted Gilt Yield, in turn, increasing investment costs and reducing returns for most Defined Benefit Schemes.

Interest rates have impacted Gilt yields – the return on a traditionally low-risk investment that most Defined Benefit Pension Schemes are invested heavily in.

What is a Gilt?

Gilts are British Government Bonds issued by HM Treasury. It’s how the UK government fund their borrowing. They pay a fixed amount of interest over a set period of time and you are guaranteed to get the face value back at the end of the time period.

However, the “face value” of the bond doesn’t necessarily reflect how much it is worth. That’s because they can be traded on the open market after they are purchased, which means their price can go down as well as up.

Why are Gilt Yields Important to Pension Transfer Values?

The yield is the interest rate on a gilt based on its buying price, rather than its ‘face value’ so when the value of the Gilts goes up, the yield goes down.

Gilt values tend to be high when interest rates are low (or likely to be lowered) because the rate of interest they pay will often beat anything you would get in a savings account and will, therefore, be in high demand, similarly, the opposite is true – if interest rates rise Gilt values can drop.

Gilt Yields underpin both the overall “funding position” of a final salary scheme – the ratio of assets to liabilities – and the transfer values it offers to members.

2021 has already seen volatility in the average transfer value with average values falling steeply through January February before recovering in March, although not to the record levels we saw last year.

With the impact of Covid-19 on the global markets and concerns that a new novel virus could lower life expectancy, the long-term effect on Defined Benefit Schemes could actually be positive. XPS forecasts that the long-term impact of COVID-19 on life expectancy could cause a reduction in liabilities by as much as 5% across the DB universe.

Concerns over the future of their scheme and Pension Scheme health is a common fear expressed by those seeking to transfer their pension, although this is a weak reason for transfer due to the protection offered by the Pension Protection Fund.

When Pension transfer values soar, as we saw in 2020 in both June and December, it might be tempting to transfer your pension. However, as we’ve seen, transfer values can fall as well. Cash Equivalent Transfer Values are usually valid for 3 months, which fixes the value of your transfer, offering you some buffer against the volatility of changable values.

We would warn against any attempt to ‘time the market’. We have seen clients whose pension values have risen 6-figure after a recalculation, and we’ve also seen clients see 6-figure falls. Timing the market is impossible and it’s a massive gamble.

Any decision should be based on whether your current CETV allows you to meet your goals.

The main concern for anyone considering a transfer is ‘will transfer values continue to soar?’ The answer is uncertain. Nobody has a crystal ball, but proposed changes to the way inflation rates are calculated could put a stop to the rising transfer values.

Remember where we said A Final Salary Pension Transfer Value is the amount offered in exchange for you giving up your entitlement to an adjusted for inflation and guaranteed-for-life pension?

In September the government announced that the Retail Price Index (“RPI”) is to be aligned with a version of the Consumer Price Index including housing costs, known as CPIH, the change isn’t expected to be phased in until 2025-2030.

This change is important for those with an inflation-linked pension because typically the Consumer Price Index including housing costs is lower than the Retail Price Index. So a pension that is increased with inflation year on year, will see lower increases.

Pension Transfer Values could see a fall to reflect the fact that Final Salary Pensions will be worth less under the new inflation calculation.

Can You Cash in a Final Salary Pension?

Not everyone that has a Final Salary Pension can cash it in. If you’re in an unfunded scheme such as Police, NHS, Armed Forces, Fire Service or Teachers pension scheme you are normally not allowed to transfer your pension out.

Figures from the Pension Regulator estimate that the number of people who have transferred out of their defined benefit (DB) pension schemes from 1 April 2017 and 31 March 2018 stands at 100,000 with pension values totalling £14.3bn.

And according to the Financial Conduct Authority nearly 235,000 Defined Benefit scheme members received advice on transferring their pension between April 2015 and September 2018, with over 160,000 being recommended to transfer. And in 2018/2019 over £34billion was transferred out of Defined Benefit Schemes.

Remember just because you can cash in Final Salary Pension, doesn’t mean you should. Read our post on Can Final Salary Pensions be cashed in? for 11 factors to consider before you do. For most people transferring out of a pension that is guaranteed for life is not in their best interests.

Although CETV values have generally been increasing since May 2016, there’s no guarantee that they will continue to increase in value. In fact, the proposed changes to how inflation is calculated might see CETV values decrease in the future.

As with most things there’s no guarantee as to whether values will go up or down. Our Pension Transfer Specialist Simon Garber says “Trying to time the market to get an increased transfer value is a risky game, I’ve seen people whose transfer values have gone up significantly, but I’ve also seen transfer values fall. If a Pension transfer makes sense then it should be viewed as a long-term investment decision, and it shouldn’t ever be based on a short-term win. In short, the old adage usually holds true – time in the market is better than timing the market”.

A transfer specialist will be able to tell you if a pension transfer would be suitable for you based on your circumstances. In order to help you decide they’ll take a holistic view of your

You should be offered an in-depth report to accompany any recommendation that you receive.

If you’d like to pension transfer advice from a Pension Transfer Specialist, we offer a free introductory call to talk you through your options and the next steps. Book your call today. 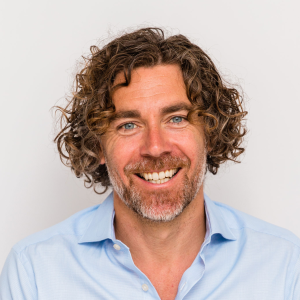 Simon Garber is an Independent Financial Adviser and Pension Transfer Specialist with over 15 years of experience. He's a member of the Personal Finance Society and holds the coveted Gold Standard for Pension Transfer Advice.

He is the Managing Director of 2020 Financial Ltd, Financial Advisors specialising in Retirement Planning & Wealth Management, based in Southampton, Hampshire.

Is a transfer really right for you?  Uncover everything you need to know before you decide to transfer your pension

Please enter your name.
Please enter a valid email address.
Get the guide >
Something went wrong. Please check your entries and try again.

If you liked this article you may enjoy ...

What is the Pension Protection Fund?

Is a transfer really right for you?  Uncover everything you need to know before you decide to transfer your pension

Please enter your name.
Please enter a valid email address.
Get the guide >
Something went wrong. Please check your entries and try again.
Scroll To Top